​The significance of his contributions is that they provide answers and solutions to well-known fundamental problems in literature. These contributions have essential practical utility established in the development of industry-tested WSN platforms and solutions. TRL made substantial contributions with lasting impact to WSN planning and data dissemination. They developed a versatile framework, with a comprehensive set of deployment planning algorithms and analytical tools, for multi-tier heterogeneous WSN systems to achieve “exact” desired lifetime with budget or QoS constraints.
​
Through the research at TRL significant contributions to the advancement of the telecommunications field in Canada in several areas, including mobile ad hoc networks, wireless sensor networks, and wireless broadband networks are made. Professor Hassanein has championed several works on the topic of the “Internet of Things” or IoT,  a novel paradigm in wireless networks and viewed as one of the next disruptive technologies that can have a significant impact on society. The basic idea of IoT is the pervasive presence around us of a variety of things, such as RFID tags, sensors, actuators and mobile phones, which can interact with one another and cooperate to achieve common goals. IoT has the potential to impact multiple aspects of our society including healthcare, transportation, and infrastructure.

As a leading researcher in this exciting new area of IoT, Professor Hassanein has delivered numerous keynote talks on the subject at leading conferences in telecommunications. His lab's research on smart spaces uses information derived from a person’s context, both physical and social, to enhance both the functionality and quality of experience of IoT applications such as smart homes and offices. The lab's work on resource reuse in wireless sensor networks is also fundamental to the advancement of IoT since it addresses efficient use of the limited resources on sensor devices active in IoT applications. Their work in IoT builds on Professor Hassanein's previous research in several areas in the telecommunications field that has received several best papers awards at top international conferences.
The research of TRL has had a tremendous impact: a) it can achieve guaranteed or high-fidelity partial coverage in a cost-effective manner; b) it allows devising sensor deployment strategies to mitigate the well-known biased energy consumption problem in WSN. TRL also developed practical techniques for data dissemination in WSNs using multiple or mobile data collectors by enabling optimized placement through effective reduction of the solution space using, and for the first time in literature, the concept of maximal overlapping regions. The lab was able to demonstrate the existence of near-optimal polynomial-time solutions to relay placement in an essential class of dynamic sensor networks. This work was also the first to identify the conditions that would mandate traffic splitting among WSN relays to meet QoS constraints.

​Professor Hassanein's research has made fundamental contributions towards the understanding of the behavior of multi-hop wireless ad hoc and sensor networks, and the design and analysis of their communication protocols. Demonstrating that node mobility may reduce delay in routing protocols due to the tendency of standard routing protocols to use a few "centrally located" nodes in a large number of routes. Professor Hassanein's seminal work on load-balanced and energy-efficient routing protocols sparked considerable interest in the research community. In this work, the establishment of the notion of degree of nodal activity, to reflect the load of mobile nodes, was a significant insight at a time when the least hop count or most residual energy was the primary focus, bringing only limited improvements in network performance.

​Having championed several protocols for energy-aware routing in ad hoc and sensor networks, including the first use of energy levels as a metric for alternate routing. The TRL team also identified the performance limits of energy-aware routing in ad hoc and sensor networks, including the effects of medium access control (MAC). We also devised protocols for the Multi-hop Competing Problem in MANET that can provide predictable and fair access to the shared medium, including the first use of binary countdown in collision-avoidance MAC design. The work opened new research avenues for energy-efficient protocols in WSN and MANET.
​Professor Hassanein's research on wireless broadband multimedia services has made significant contributions towards a comprehensive multi-level approach to providing end-to-end QoS in wireless networks while optimizing network resource utilization. His proposed approach entails the design of a resource management framework that exploits the inter-dependencies between the different networking levels – network, path, and link. The lab's work in this area includes the first capacity analysis of multi-hop cellular networks and first optimized channel allocation schemes.

​TRL's work also includes the first performance comparison of scheduling schemes in wireless 4G networks, as well as the first work to incorporate opportunity cost in revenue-based downlink scheduling in wireless networks. They also championed the concept of “provider motivated vertical handoffs” for heterogeneous wireless networks. The significance of this work is that it enables a service provider to redistribute user attachments based on performance objectives including the cost of service delivery or for load balancing.
​
​The TRL team pioneered research in assessing coverage in WSN. The work answers a fundamental question that was not answered yet in the literature: How many sensors are enough and where they should be placed to achieve the desired coverage for deterministic and random deployments. TRL was the first to study the resilience properties of grid-based WSN deployment to random errors/failures. The prestigious IEEE Wireless Communications Magazine featured TRL's work on WSN planning in 2007. The results laid the theoretical foundation for a growing body of work in WSN node deployment.

TRL developed the ​   SPROUTS    sensor platform, a readily deploy-able, physically rugged, volumetrically miniature, modular, network standard, energy-harvesting, plug-and-play sensor platform. The team fully implemented the hardware, network, and software architecture for SPROUTS and field tested it in various harsh environments. The SPROUTS platform enables university researchers, developers, and industrial companies to evaluate WSN applications in the field, and potentially bring about new application domains that were previously difficult to accomplish. SPROUTS is the only readily available WSN platform to enable over the air reprogramming without the need for reboot or external flash by effectively using clone detection techniques (a first in the literature). The platform has proven to be valuable for several industries including mining, steel manufacturing, and smart-grid monitoring. SPROUTS has been showcased during the 2011 Ontario OCE Discovery conference and featured in the   Edmonton Journal    in 2012. 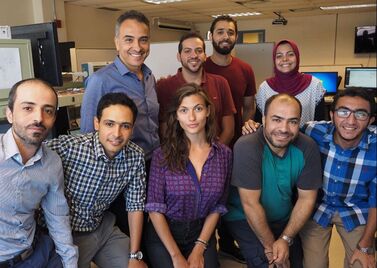